Unlike drugs, orthopedic surgeries can be sold to the public before they undergo any rigorous testing to ensure they are safe and effective. Thus, millions of surgeries for knee, shoulder, and back pain have been done even without any research to confirm they actually work. Recently, a significant amount of such research has been completed, and it has found that many popular surgeries work no better than a placebo. And yet many of these surgeries are still being performed at the rate of hundreds of thousands per year.

Yes, its depressing. But this is something you should know about if you are in the business of treating chronic pain, or if you have chronic pain and are considering surgery. Read on for a detailed review of relevant research. (By the way, most of the following is an excerpt from my upcoming book, Playing With Movement).

Osteoarthritis of the knee is common, but does not necessarily result in pain – many people have significant arthritis and no pain at all. And many people with knee pain have no arthritis. Despite this poor correlation, surgery to correct arthritis is very popular, numbering as many as a half million per year. (1)

About 15 years ago, two of the most common arthroscopic knee procedures were debridement (removal of damaged cartilege or bone) or lavage (irrigation with saline solution). The goal of either surgery is removing rough fragments of cartilage that may be irritating the joint. The surgery’s benefits were known to be not so impressive, so people started to wonder whether they were caused by placebo, or could be achieved with less invasive treatment, such as exercise, physical therapy or rest.

To test this possibility, researchers conducted a study featuring a “sham” surgery: one group of patients received real knee surgery, and the other a fake, which involved just an incision on the skin. The patients had no way of knowing whether or not they got the real thing. At several times over the course of a couple years, the two groups reported their levels of knee pain and function. Guess what? The sham group did just as well as the surgical group at all points in time. (2) This strongly suggests that the surgery worked by changing psychology, not structure.

Although this research effectively proved the surgery was useless, it was slow to have an effect on the behavior of surgeons. Years later, hundreds of thousands of these surgeries were still being performed at the cost of $3 billion a year. (3) Subsequent research confirmed that this surgery provides no more benefit than common sense interventions like exercise, weight loss, and the occasional use of over-the-counter pain medicine. (4)

Debridement and lavage eventually became less common, but were soon replaced by another procedure called arthroscopic partial meniscectomy. But this new surgery proved to be equally weak. Like its predecessor, it was shown to be no more effective than a sham.

In 2015, researchers summarized the results of nine studies on arthroscopic procedures for the knee, and concluded that they showed little if any benefit, and the possibility for serious harm. (5)

A recent editorial in the British Journal of Medicine offered the scathing opinion that arthroscopic surgery for knee pain is: “a highly questionable practice without supporting evidence of even moderate quality.” (6)

A 2017 clinical guideline states that: “We make a strong recommendation against the use of arthroscopy in nearly all patients with degenerative knee disease … further research is unlikely to alter this recommendation.” (7)

Despite this compelling research, arthroscopic knee surgery continues to be the most common orthopedic procedure in the US, with close to 700,000 performed each year! (6)

How can this happen? The simple answer is that many doctors trust their personal experience over the research. They will say they have seen surgery provide dramatic benefits after conservative therapies failed. Surely this sometimes occurs, but we should be highly skeptical that the cause is structural change in the knee. Instead, successful treatment for chronic knee pain, through surgery or otherwise, is probably more about creating complex changes in psychological or neurological processes, rather than altering joint structure. This point is strongly confirmed by similar research on the efficacy of low back surgery, which finds that it often fails to outperform purely psychological interventions for back pain.

As with knees, there is a wealth of evidence that backs can have major structural damage and still not hurt. Further, backs can hurt a lot even when they have no apparent damage. In fact, this is quite common – most chronic low back pain is classified as “non-specific”, meaning it cannot be explained in reference to a mechanical or structural cause. Although there is only a poor correlation between back pain and structural back damage, there are many surgeries to correct any damage that happens to appear on an MRI. Several perform no better than conservative care.

For example, vertebroplasty attempts to treat back pain by injecting bone cement into fractured vertebrae. A study published in 2003 showed it works as well as no treatment at all after six weeks. (8) In 2009, two studies showed it worked no better than a sham procedure for fractures related to osteoporosis. (9)

Low back fusion is a common procedure, and is intended to stabilize vertebrae that might be moving into contact with sensitive structures like nerves. In 2013, the Spine Journal published a study comparing spinal fusion to non-operative treatment such as cognitive behavioral therapy and exercise. It found no difference in long term outcomes and concluded that “the use of lumbar fusion in chronic low back pain patients should not be favored” over conservative care and exercise. (10)

In 2014, a meta analysis concluded that:

There is strong evidence that lumbar fusion is not more effective than conservative treatment in reducing perceived disability because of chronic low back pain among patients with degenerative spinal diseases. It is unlikely that further research on the subject would considerably affect this conclusion. (11)

As with knee surgery, the research showing the relative ineffectiveness of surgery has been slow to affect practice. Nikolai Bogduk, an internationally renowned anatomist and back pain expert, explains that:

Surgeons and others believe that surgery is effective for back pain. They base this belief either on their own experience or on observational studies. This belief is, by and large, not vindicated by the outcomes in well-reported clinical trials. Those trials indicate that only a small proportion of patients do well from surgery. (12)

The research on shoulder surgery follows a similar (but less clear) pattern. MRIs consistently show that a great many people without pain have torn rotator cuffs or damaged structures in the shoulder. Despite this fact, the most common diagnoses to explain shoulder pain involve damage to the rotator cuff, or “impingement” on the rotator cuff by the acromion process.

Surgeries to correct these conditions include rotator cuff repair, or acromioplasty, where a portion of the acromion is removed. In the United States, there are almost half a million of these surgeries performed each year, most of them on shoulders where the damage is degenerative as opposed to traumatic. (13) Are these surgeries any more effective than exercise or rest? The evidence is less clear than with backs and knees, but it creates serious questions about whether these surgeries work, and whether good results have anything to do with creating mechanical change in the shoulder.

Although we cannot rule out the possibility that surgery will be substantially more effective than exercise for certain patients (14), several studies have found that popular shoulder surgeries, such as acromioplasty, are no better than exercise. (15) Further, it has been shown that labral repair and biceps tenodesis surgeries are no better than sham surgery. (16)

There is also evidence suggesting that when surgery is effective at relieving pain, it is not because of actual repair of structure. (17) MRIs of repaired rotator cuffs taken within a year after surgery often show that the cuff has fallen apart again, even though the patient has recovered. According to Dr. Lawrence Gullotta, “When your rotator cuff is torn, you attribute all your pain and dysfunction to your torn rotator cuff, then you have it fixed and you feel better, but sometimes when you take an ultrasound or an MRI, the rotator cuff looks exactly like it did before you had the surgery.” (18)

A blog post in the British Journal of Sports Medicine summed up the situation as follows: “in the light of the current evidence base, the benefits of surgical intervention for the treatment of [shoulder pain] seem glorified and overrated.” (19)

Let me make something clear: None of the above should be construed to mean that we should not trust orthopedic surgeons, or that surgery is never a good idea as a way to treat chronic pain. Many surgeries have been proven to work and are definitely a good idea under certain circumstances. I personally know many people who have received excellent and ethical advice from their surgeon about the current state of the evidence, and the pros and cons of different kinds of approaches. I also know many people who have clearly received dramatic benefits from surgical interventions for chronic pain. On the other hand, I also know many people who got a surgery that had been proven to be ineffective, were never advised of the relevant research, and ultimately did not get a good result.

The major takeaway here is that the medical establishment has some major blindspots and biases in the way it treats chronic pain. It consistently seeks to explain and treat pain in reference to simple structural “defects”, while ignoring complex neurophysiological processes that are often far more important. Clinicians should be aware of these biases, and learn as much as possible about the complexity of pain so that they can help improve the way it is treated. And chronic pain clients need to ask their surgeons some good questions before going under the knife.

This was originally posted on Todd Hargrove’s website. You can click here to read more blogs from them.

Our latest class is out now: Femoroacetabular Impingement Syndrome (FAIS) with Jo Kemp (Phd). It covers the most important things you need to know about assessing and managing this condition.

Todd Hargrove is a Certified Feldenkrais practitioner, Certified Rolfer, and author. Todd graduated from Hamilton College in 1990 with a B.A. in Economics, and from the University of Washington School of Law in 1995 with a J.D. While working as an attorney, Todd developed chronic neck and back pain, but eliminated it through through self-education, lifestyle change and exercise. He quit the law in 2005 to become a manual and movement therapist, in order to help others in the way he helped himself. Since 2008, he has written a blog at BetterMovement.org, which focuses on applying a modern understanding of pain science and neuroscience to movement-based therapies. In 2014, he published A Guide to Better Movement: The Science and Practice of Moving with More Skill and Less Pain. 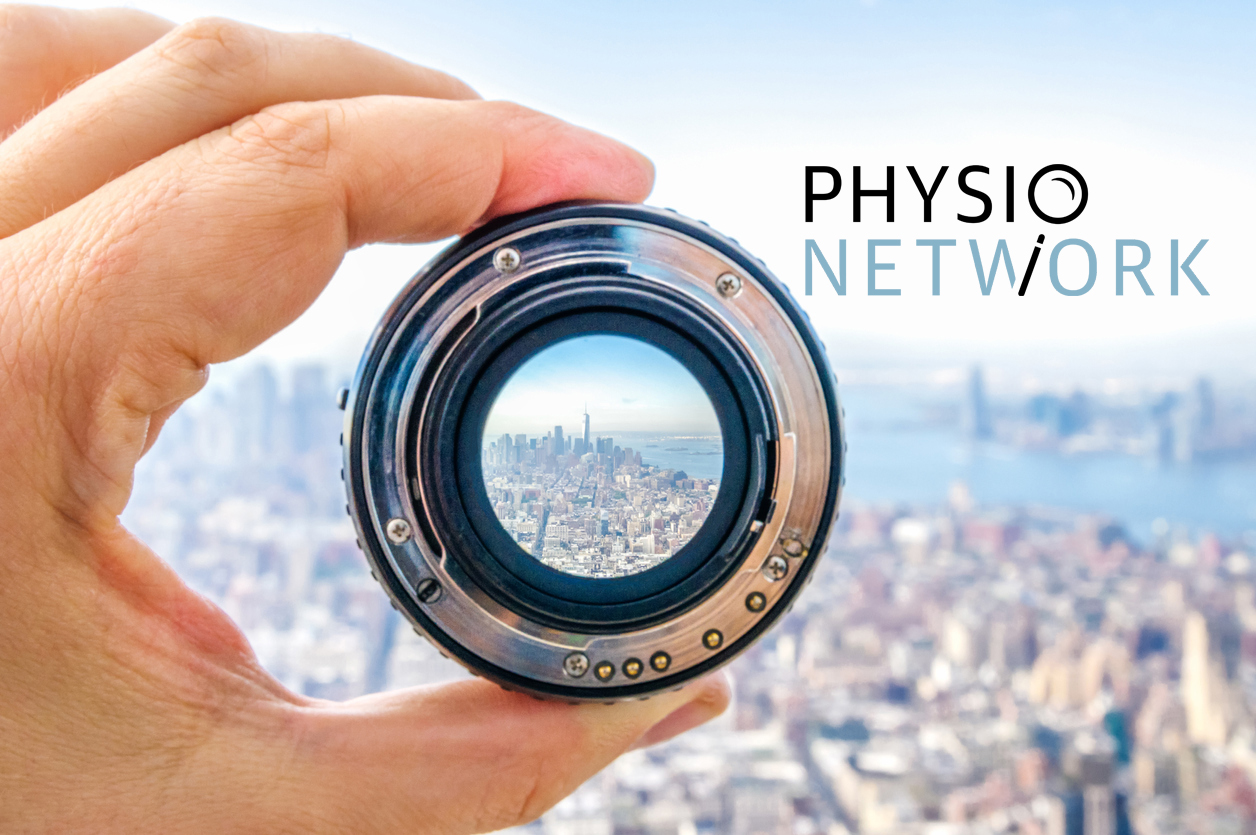 Bring focus To The Interaction

It’s been some time since I’ve written a blog post and I’d like to thank the Physio Network for inviting me to contribute. In this…

Is Early Physical Therapy Safe After a Rotator Cuff Repair?

Physical therapy is vital after a rotator cuff repair and continues to be common in an outpatient setting. Unfortunately, there’s no true consensus on when…

Read More
What does the evidence tell us is the best exercise for back pain?
Why I put Strength on Dysfunction

The most clinically relevant content, straight to your inbox!